B is for BalconyTV Paris

B is for lots of things that apply to this week… Being Busy, Boozing (Royal Wedding fun!), Breaking things, Beat gathering, Bloody heavy Bags Being dragged onto the Eurostar to Bring me Back home to London! 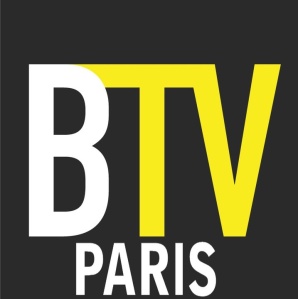 But also, B is for BalconyTV, specifically BalconyTV Paris. The online music show that I produce and present from a Balcony in Paris, with the assistance of co-producer, camara and sound man extraordinaire, Léo. It’s a lot of work, we meet a lot of musicians, from very different scenes, from all over France and the world. There are BalconyTV shows being produced from cities including New York, London, Poznan, Hamburg, Mexico City, Auckland and many more now. But we started the Paris one almost a year ago, and all for the love of music.

So when my ever handsome and extrememly talented guitarist Oli came for a weekend visit to Paris, which just so happened to coincide with a BTV shoot, well, there was only one thing for it really. Rope him in to collect authorisation signatures and then… record a show featuring Neech.

And here it is:

It’s actually quite nerve-wracking to perform on the balcony, sans mic, in front of all the groups you’ve just been inviewing! Thats all I can say for why I look so moody! No excuses for Oli though, he’s just cool.

This entry was posted in The alphabet according to Neech and tagged Balcony, balcony tv paris, balconyTV Paris, Neech, Oli, TV. Bookmark the permalink.

1 Response to B is for BalconyTV Paris